“A classic old fishermen’s boozer, complete with low ceilings, tankards behind the bar and a comprehensive selection of Cornish ales.” – one of the oldest inns in Cornwall, England, as evidenced by the sign. 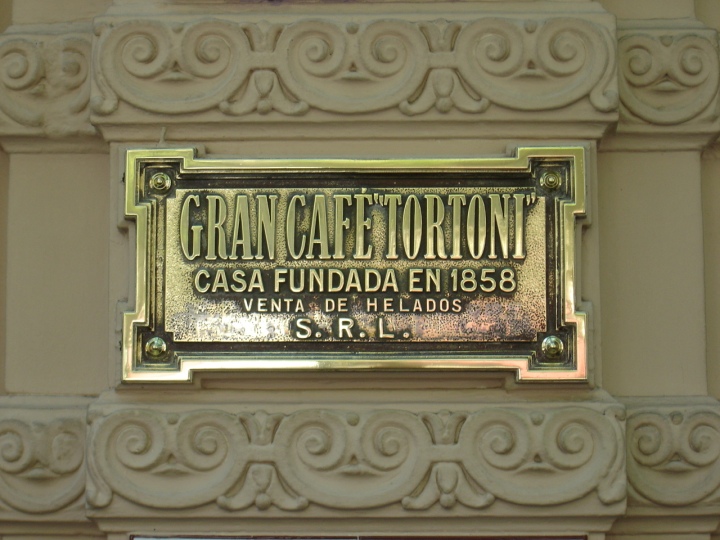 One of the ten most beautiful cafes in the world, according to UCityGuides, Cafe Tortoni is on the Avenida de Mayo in Buenos Aires. It only dates back to 1858.

A dramatization of Daphne du Maurier’s “Rebecca” included  exterior shots of Caerhay’s Castle.  Caerhay’s overlooks Porthluney Cove in Cornwall.  It was converted from a medieval manor by architect, John Nash and is privately owned by the Williams family.

Tintagel Castle is rich in legend and mystery; said to be the birthplace of King Arthur with a history that reaches back all the way to the Roman Empire.

And a favourite landmark sign – seen in Mevagissey in Cornwall, England. Admittedly posted before but pertinent to this post …