From the Horse Power Exhibition, this Cabriolet Sleigh represented Canada at the first world’s fair at London’s Crystal Palace Exibition in 1851.  It was designed to allow the groom to stand in the back to ensure safety of the team when the sleigh was at a standstill – during a picnic for instance. on the winter ice.

The next one is a Caleche Sleigh.  Owned by the prominent Sifton family of Toronto, it was loaned to four of Canada’s Governor Generals, from the 1880’s through to 1922. It could seat the Governor General and his wife and six other passengers, including the driver and the groom.  It required a four-horse team and members of Society used them on city outings to be seen and admired.

Next, a Cabriolet Sleigh, a four-passenger model.

The next shot I took simply because I liked the light.

A shot of the Grand Hall by the First People’s of Canada permanent exhibition. 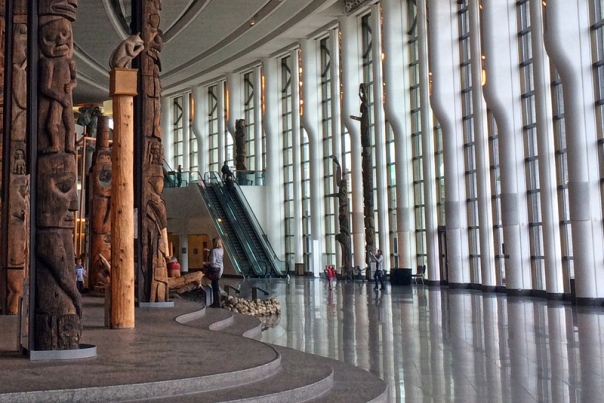 And two images of the beautiful ceiling located at the end of the Grand Hall.  The painting, Morning Star by Alex Janvier and his son, Dean, took four months to complete in 1993. 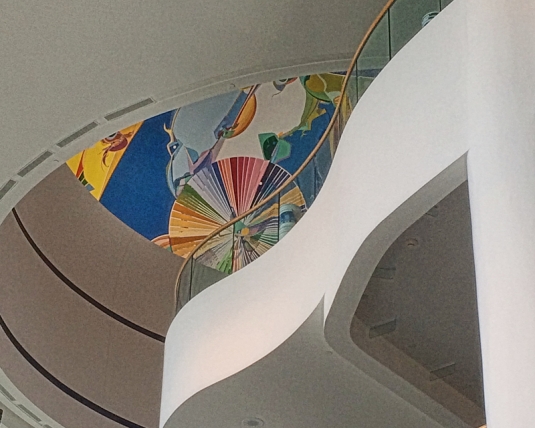 Paula’s Thursday Special: Traces of the Past

5 thoughts on “Museum of History”