Paula’s Thursday’s Special: Traces of the Past

This is St. Raphael’s Church, and around here that’s pronounced St. Raffles. Building commenced in 1821 making it one of the oldest churches in what was then the colony of Upper Canada. In 1970 a fire, natural in origin, burned the church down to the bare stone walls.  It was designated a National Historic Site in 1999 and it is a reasonable walk down the road from where I live.

It served a congregation of Gaelic-speaking Catholic Highlanders who had settled in the county of Glengarry in 1786. For a time St Raphael’s functioned as the administrative centre of the Roman Catholic Church in Upper Canada and today is recognized as the founding church for the Anglophone Catholics of the province. 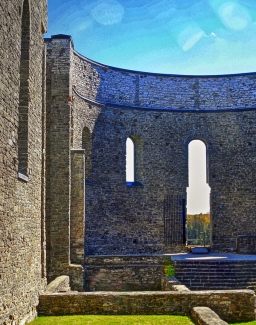 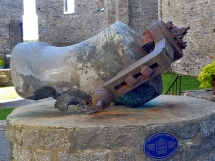 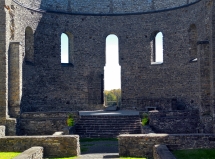 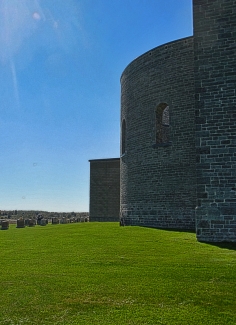