Stacy hosts the After/Before Friday on Visual Venturing – we take one of our own photos and show the original and our edit.  I took this photo in Montreal’s underground tunnels because I like this kind of perspective shot.

Very ho hum. And here is an earlier version I had attempted, not sure what software I used (but not Sagelight) and this is apparently as much as I was capable of at the time.  I think I prefer the original over this version.

So my goal was simply to enhance the lines of the perspective in hopes of giving it some ooomph. First step was to straighten it :).  Then using Sagelight I worked the lighting using the power curve and various slider controls; upped the definition with HD effects, reverted to black and white.  Tweak, tweak, tweak, and now I had too much grit in the floor so I used a smoothing plug-in very lightly just on the floor and said stop.   Is it a favourite image?  Probably not.  Did I ooomph it?  I think so.  Is it better?  You tell me. 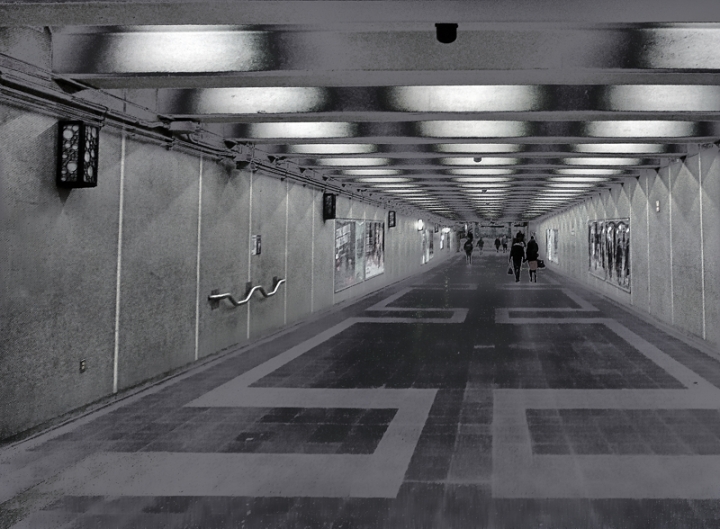