None of us had expected the city that greeted us.  My own vision of Santiago had been of an industrial city, unkempt, tired and worn at the edges with obvious poverty, pollution and crime.   That was not what greeted us. 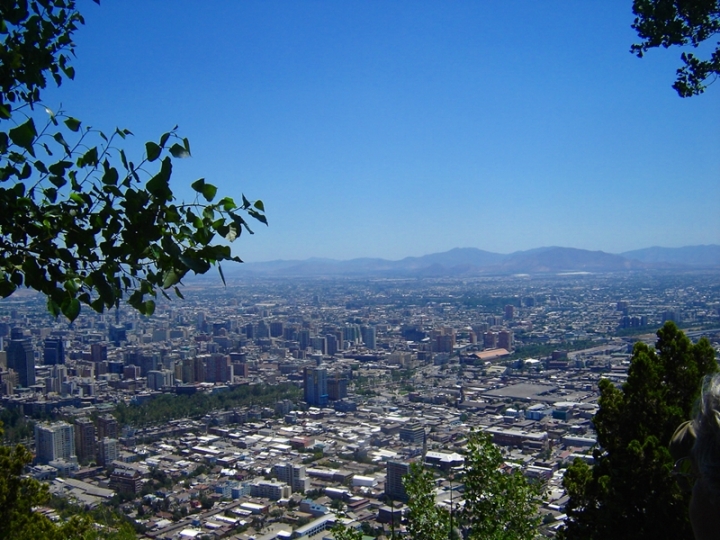 We found a beautiful urban area of wide boulevards, modern architecture and tree-lined avenues – grand mature trees providing beauty and shade.  In the Providencia district where we stayed, every few blocks we encountered a park bench, always out of the sun, streets lined with beautiful gated homes, and broad sidewalks in good repair … 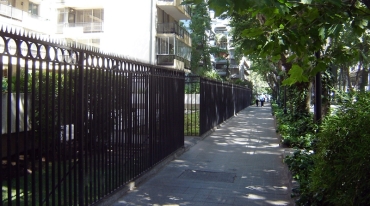 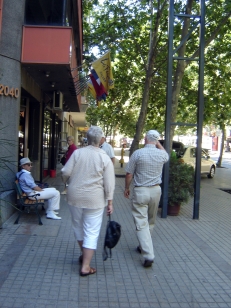 We took the gondola up San Cristóbal Hill where the park with its zoo and camping grounds was being well used by cyclists, joggers, families with children – all enjoying summer in their city.

Santiago sits in a basin about 520 m or 1,706.04 ft above sea level – the Andes Mountains can be seen from most vantage points in the city.  It is Chile’s largest city, just topping 6 million in 2012 – over a third of all Chileans.

The city outskirts are surrounded by vineyards, and Santiago is within a few hours of both the mountains and the Pacific Ocean.

In 1541 the Spanish conquistador, Pedro de Valdivia, founded the city, placing the native Picunche Indians under the rule of the Spanish settlers.  The region is subject to earthquakes, the most recent a magnitude 8.8 that was centred some 200 miles  to the southwest of the city.  While causing massive damage to outer regions, Santiago sustained minimal damage in 2010 but due to earlier quakes there are few buildings older than 200 years and Santiago has become one of the most modern cities in South America. 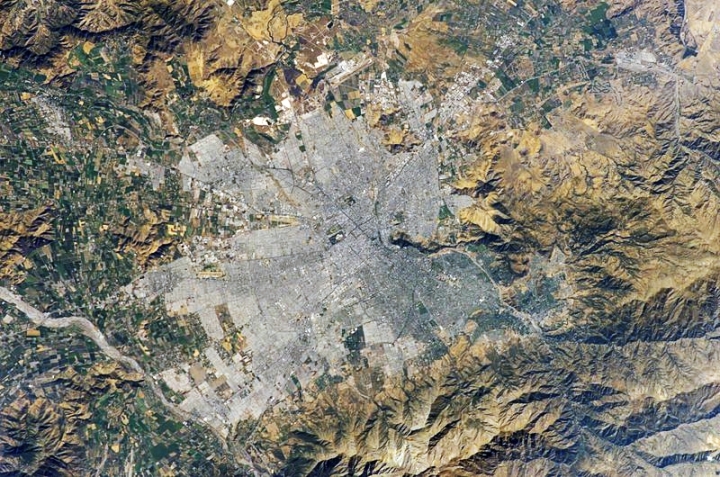 8 thoughts on “Santiago, by design”