Anybody else notice in their comments sect ion that words are breaking at incorrect and sometimes inopportune spots?  No hyphens inserted –  just  words broken abruptly ?  This could be very embarr assing –  what if I share our favourite mushroom soup recipe and with no regard for decency or deco rum it takes the primary ingredient of shit ake mushrooms and splits it?   … END_OF_DOCUMENT_TOKEN_TO_BE_REPLACED

For more about Write It Now – WIN – click here.  For previous WIN posts, click here. This week the prompts are: 1. Tell  about your best friend.  Why was this person so special? What brought you close? 2. What is the most important aspect of friendship? 3.  Did you ever travel with a friend. Where? 4. Were you ever betrayed by a friend? How? … END_OF_DOCUMENT_TOKEN_TO_BE_REPLACED

It started with a phone call from my sister 10 years ago asking if we could help her get to Rome … Rome? My husband’s career was with an airline and sometimes we can help family members get a better rate … Rome?  Why ya goin’ to Rome?  A Mediterranean cruise, wanna come?  Well!

Suddenly I reeealllly wanted to go to the Mediterranean.  I had passed through 30 years earlier and had such great memories of it.  Of course, the result is , we DID join them and that was the beginning of our travelling foursome.

We have made 5 trips together and have travelled in END_OF_DOCUMENT_TOKEN_TO_BE_REPLACED

I know many of us feel that there is a surfeit of awards out there, and they keep circulating, but getting my first blogging award made me suddenly feel like part of the blogging community.  I have to admit I have not always passed on the awards although I have always thanked the presenter because, whether I pass them on or not, they still give me a secret boost.

Well surfeit or not, there seems to be a new one – END_OF_DOCUMENT_TOKEN_TO_BE_REPLACED

“If a tree falls in a forest and no one is around to hear it, does it make a sound?”

I tend to humanize non-human life forms and even inanimate objects – I still feel badly that we unceremoniously took our 15 year-old Intrepid to the scrap dealer last month, and after such faithful service.   So when it comes to trees, that are already a form of life … well beyond the crashing and thrashing of branches and the murderous impact, I think I might also hear a long and mournful, anguished cry.  END_OF_DOCUMENT_TOKEN_TO_BE_REPLACED

I’m grateful for instant water that’s accessible with the twist of a tap.

We had a dream of building our own log home.  Towards that dream we bought land in the country, purchased an old trailer and set up on our newly purchased Eden.  We managed a stack-wall log shed, a basement, and three daughters before we got squeezed in the recession of the early 1980s.  Then came the reality of END_OF_DOCUMENT_TOKEN_TO_BE_REPLACED

A bit of photoplay – to see what I can entice out of the photograph.  I didn’t do much manipulation on this one  – here is the original photo – click to enlarge. END_OF_DOCUMENT_TOKEN_TO_BE_REPLACED

There’s a friendly photo competition going on over at Rodposse.  Go over and take a look – this link, of course, directs you to the photo I submitted but, really, I encourage you to look at the submissions – the theme is: Street Photography.  The winner is the one receiving the most likes, so “like” accordingly.  🙂   END_OF_DOCUMENT_TOKEN_TO_BE_REPLACED

Taken at Mont St-Michel, a rocky island about 1 km off the coast of Normandy, France – population: 44.  It has been a END_OF_DOCUMENT_TOKEN_TO_BE_REPLACED

“From gray woods they come, on silent feet Into a cone of light. A lifting note, O fair! O fleet! There the night through We take our pleasure, Dancing to such a measure As earth never knew.” – Seumus O’Sullivan

I find the light in this photo captivating and when I look at it I think of the mystical, magical, mysteries of faerie rings, and elves of the forest dancing in glee and delight in the first snow of the season.

This was taken on the Raisin River END_OF_DOCUMENT_TOKEN_TO_BE_REPLACED 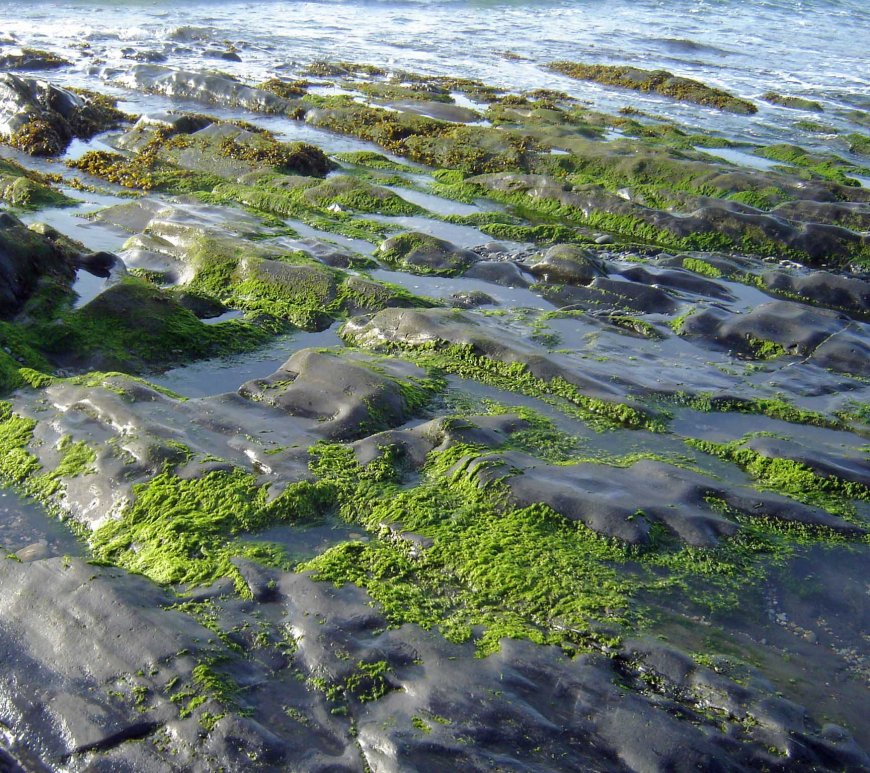 When I think green, I think Wales.  We visited in October and yet the green was as bright END_OF_DOCUMENT_TOKEN_TO_BE_REPLACED 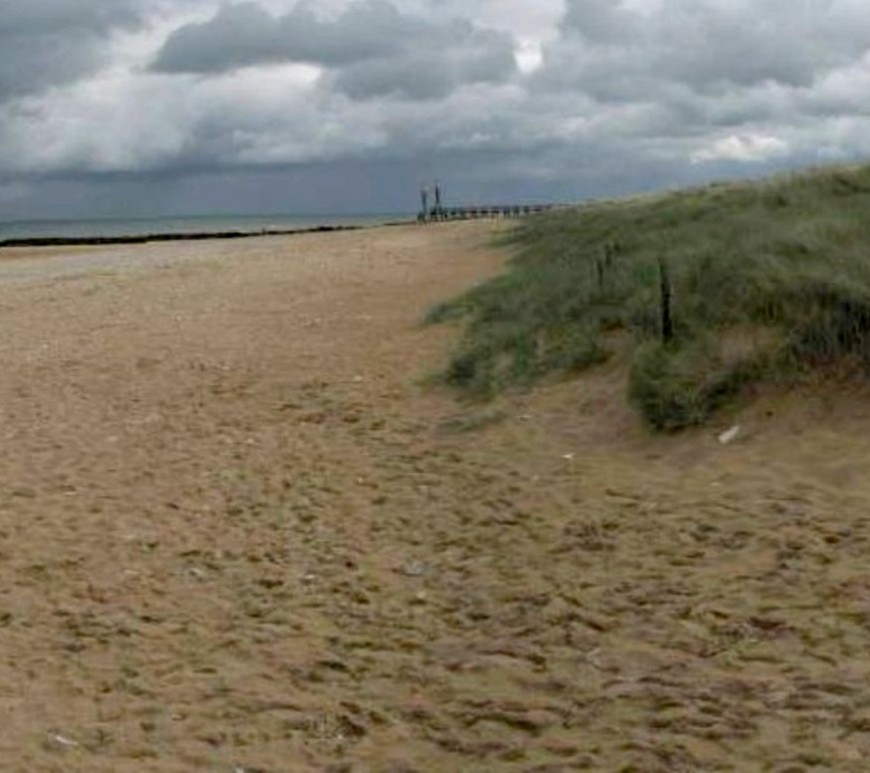 I saw the honour guard assume their posts, I hard the skirl of the pipes, I watched the parade of veterans and soldiers approach along the Esplanade. I stood in the -20C cold with my daughter at the cenotaph in Medicine Hat;  I closed my eyes and in the silence I was transported back …

As I write this we are in France, driving the highways and countryside of Normandy towards Courseulles sur Mer on the northern coast, to the beach where Canadian soldiers landed on D-Day, June 6, 1944.  As we pass through small French towns with their old stone houses and store fronts, their doors opening directly onto the cobbled streets, I can’t help but imagine enemy tanks barreling along these narrow streets, the noise echoing through the corridors of the village, the marching step of the soldiers, weapons held ready to fire.

I am thinking about my father and all the men like him and their willingness to serve.  Uncle Kenneth had just turned 24 the very day he died trying to pilot his plane back to safety.

While on a visit to a National Trust property Julia saw certain trees marked with an orange spot to identify those that were to be felled in order to let the rest flourish. Her 100 word challenge to us this week is to let our imaginations wander about the significance or otherwise of an ORANGE SPOT or what it may represent!

They weren’t silent; they moved gaily among us, with welcome distraction and I reached out in welcome.  I saw myself as they surely saw me – standing tall and straight, and flexing my long, lithe limbs, my crowning glory catching the sun and fluttering in the breeze.  Such a grand specimen, they will think.  They will wonder aloud about the things that I’ve seen, the storms I have weathered, the secrets I will never tell of their ancestors, and their ancestors’ ancestors. Here comes one … she honours me with the orange badge.  Yes! She sees me as I see myself.

END_OF_DOCUMENT_TOKEN_TO_BE_REPLACED

In Burano, the colours of the houses follow a specific system originating from the golden age of its development.  If someone wishes to paint their home, one must send a request to the government who will respond by making notice of the certain colours permitted for that lot.

END_OF_DOCUMENT_TOKEN_TO_BE_REPLACED

For more about Write It Now – WIN – click here.  For previous WIN posts, click here. This week the prompts are: 1. Did you ever get into trouble at school or with your parents? How? What form of discipline did you receive? 2. Can you relate an embarrassing moment, a funny incident or most extraordinary … a love letter? 3.  During what period did … END_OF_DOCUMENT_TOKEN_TO_BE_REPLACED

Remember the school lunch line?  Nobody can queue up faster than a horde of hungry teens.  Like a pack of Pavlov’s dogs, the line snaked out through the cafeteria door within minutes of the shrill clang of the lunch bell.   My lunch buddy was already in line while I was still trying to dig my lunch out from the pile of debris littering my locker. When I approached she surreptitiously took a step back, suggesting I sneak into the line.

I admit … I considered it … but Mr. Barras, The Disciplinarian, was on patrol.

END_OF_DOCUMENT_TOKEN_TO_BE_REPLACED

“The golden opportunity you are seeking is in yourself. It is not in your environment, it is not in luck or chance, or the help of others; it is in yourself alone.”  – Orison Swett Marden END_OF_DOCUMENT_TOKEN_TO_BE_REPLACED